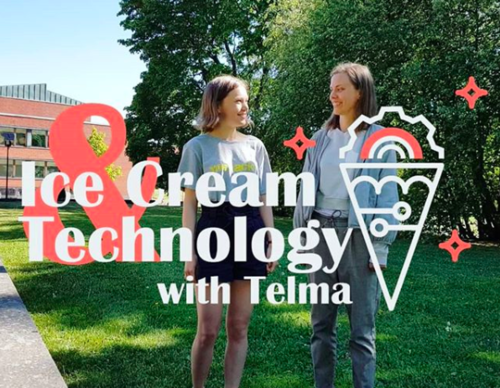 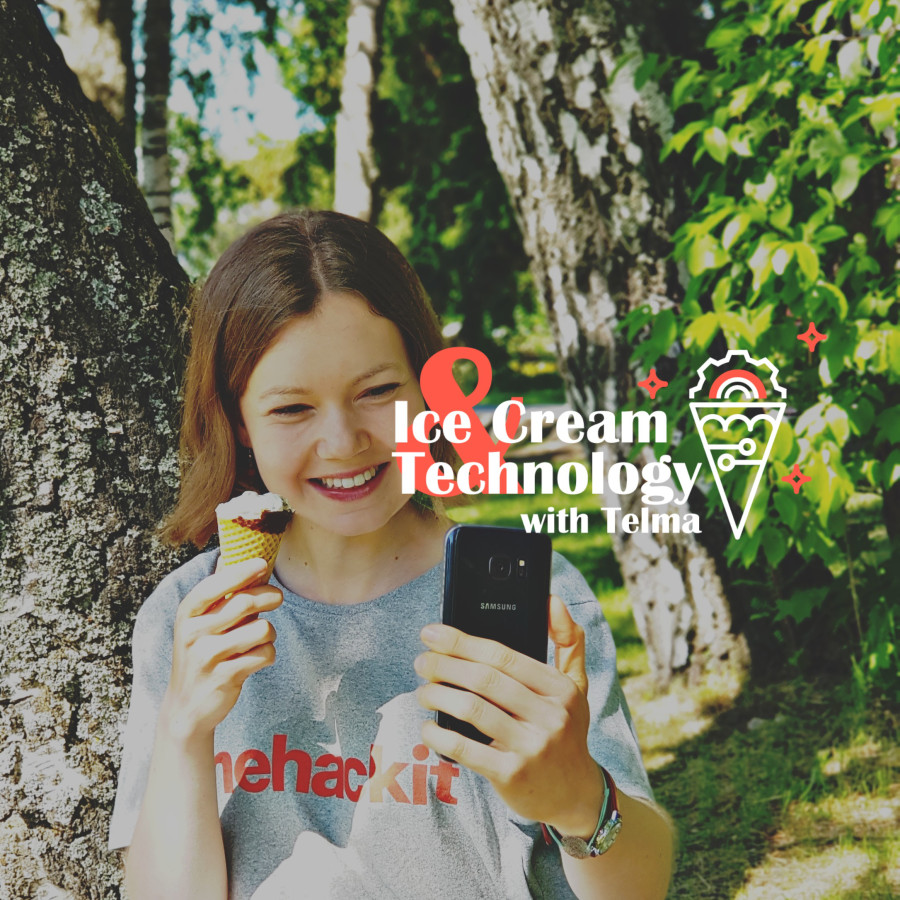 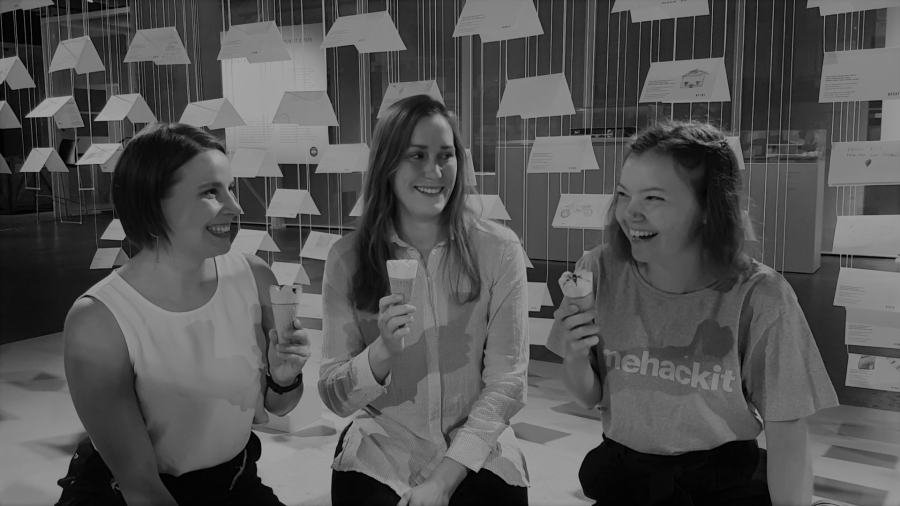 Hi Telma! You spent your summer working as summer intern at Mehackit.

First, tell us how it was to look for a summer job as student!

Some people claim that you only get a summer job if you have the right contacts. I think, though, that many do not realize how they could use their contacts in a creative way, to open up more opportunities.

That’s what happened to me. At first, I had no idea that I would create a social media project this summer. But now thinking backwards, it all sounds logical!

Two years ago, in high school, I spent a day at Mehackit ‘job shadowing’ their work. It was an inspiring day: I got to plan a coming ‘Kesäkoodi’-campaign right away with the team! Later that summer, I was part of the Mehackit crew at SuomiAreena, debating about coding and other future skills.

Now I study in Denmark, but I wanted to spend my summer back in Finland, and I found it difficult to find a summer job here from abroad, without being able to come to a job interview. Then I came to think about my previous experience at Mehackit and the debating at SuomiAreena. It had been really cool, so I began to wonder if they’d have any projects this summer that I could participate in. And so I emailed Heini, the CEO. Initially, it was Heini’s idea to create a social media campaign, but I took part in the planning from the very beginning.

That’s how I got the coolest summer job ever! As a project it would not only benefit Mehackit but also me as a student – for my own future.

What is your project about?

I’m having a video series and a blog called Ice Cream and Technology with Telma. I explore new innovations combining creativity, technological tools and learning. Since I wanted to do interviews in a relaxed way – and also just enjoy the summer – I’m having most of the videos in a form of an ice cream break!

Technology-related work, and especially coding, are often seen as something you do alone with some devices. Actually, it is the collaboration of different perspectives that brings new innovations, and this is what needs to be emphasized. Let’s think about artists and developers – they both need to know something about each other’s worlds to develop something new together. Everything is related, and this is something I’d like all students to keep in mind. Not any skill is needed for only one specific goal but can be applied rather flexibly. 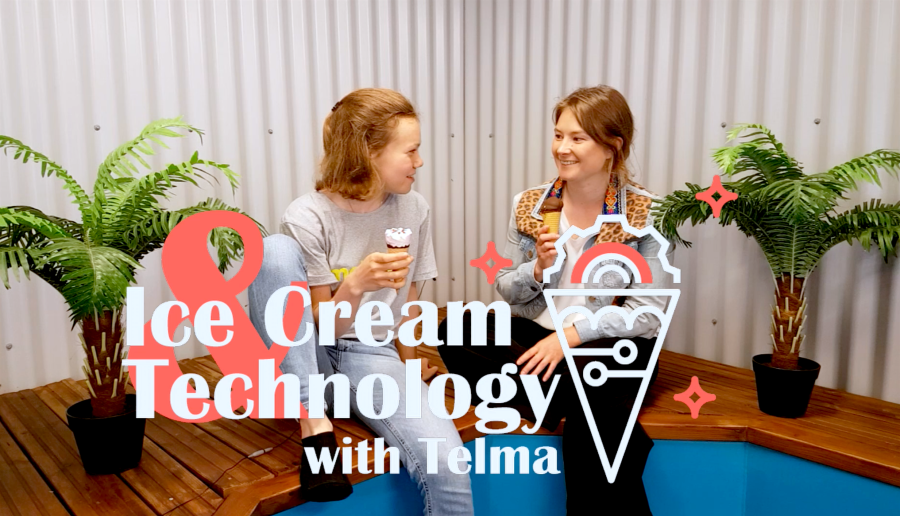 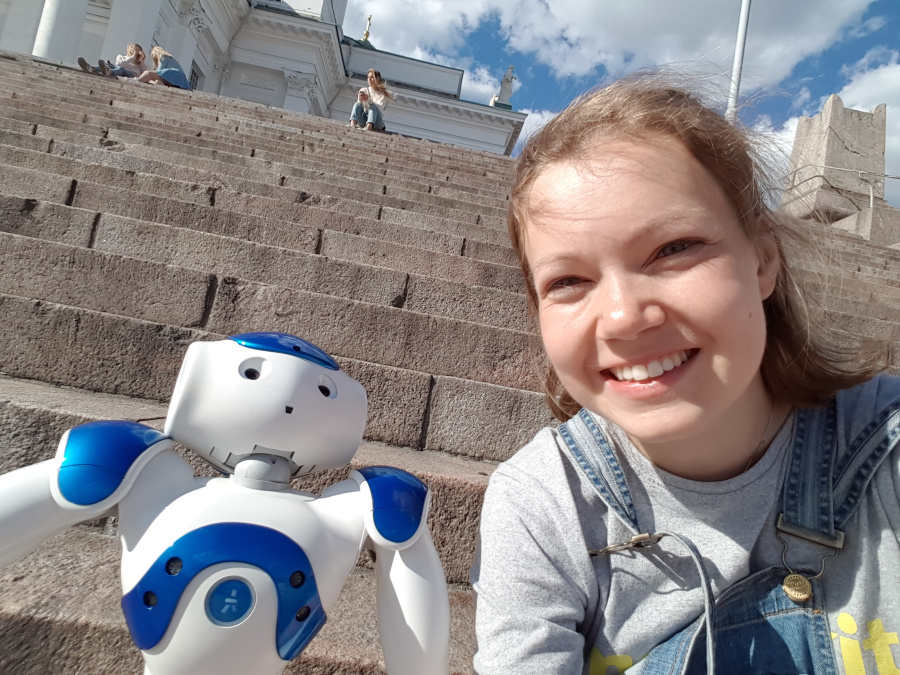 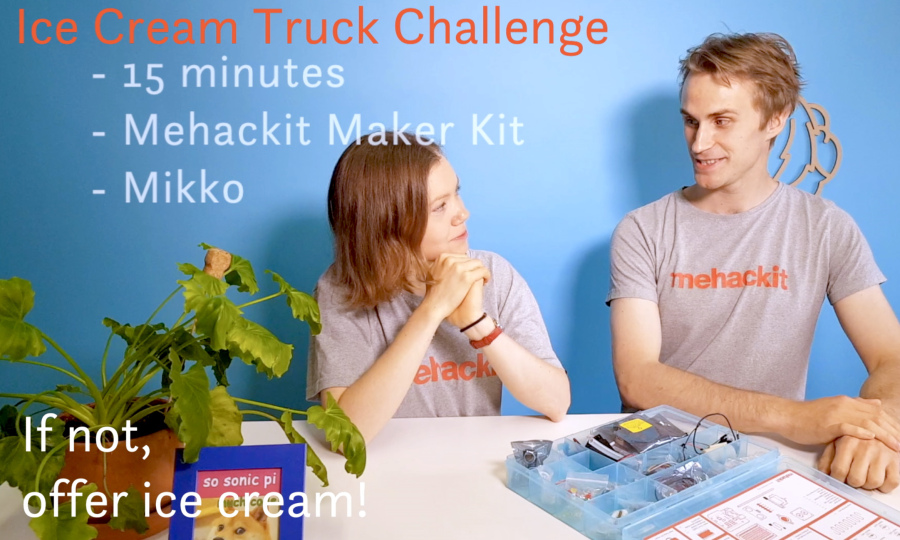 What kinds of new skills did you learn?

When the making of the project really started, I got inspired by the hashtag #dowhatyoucant. I didn’t have much experience with filming or editing, so it was all a new exploration for me.

Of course, I’ve had a private blog and I have used Instagram a lot, but when doing it professionally, you need to be more careful with the contents and make the overall look consistent. For example, I realized I needed to use hashtags in a different way to reach the right audience. All in all, I really gained a lot!

What was the most valuable thing you learned?

They say that some basic programming will be necessary for everyone. But it remains just words until you see what other people have been able to do with code. Every new perspective added to my own viewpoint! By coding, you can even create art exhibitions or analyze literature, something that people don’t often come to think about.

For me, being able to connect with so many people I normally wouldn’t was definitely the highlight of the project!

For me, being able to connect with so many people I normally wouldn’t was definitely the highlight of the project! I hope I’m able to share their expertise to others through my videos. They all truly shared some fascinating insights with me!

It was also great to notice that some international makers and creative coders have liked my posts and started following me. Again – it is all about people and networking!

Thank you so much for spending a summer with Mehackit. It was great to follow your adventures!

Thank you for the great opportunity! One of the core messages I’ve learned this summer is not to be sceptical about new projects and your own skills. Challenge yourself. When you start a new adventure, it leads you somewhere you might not have imagined.

Be prepared for pleasant surprises!

If you are planning to do something similar, read the PART 2 where Telma shares some tips!